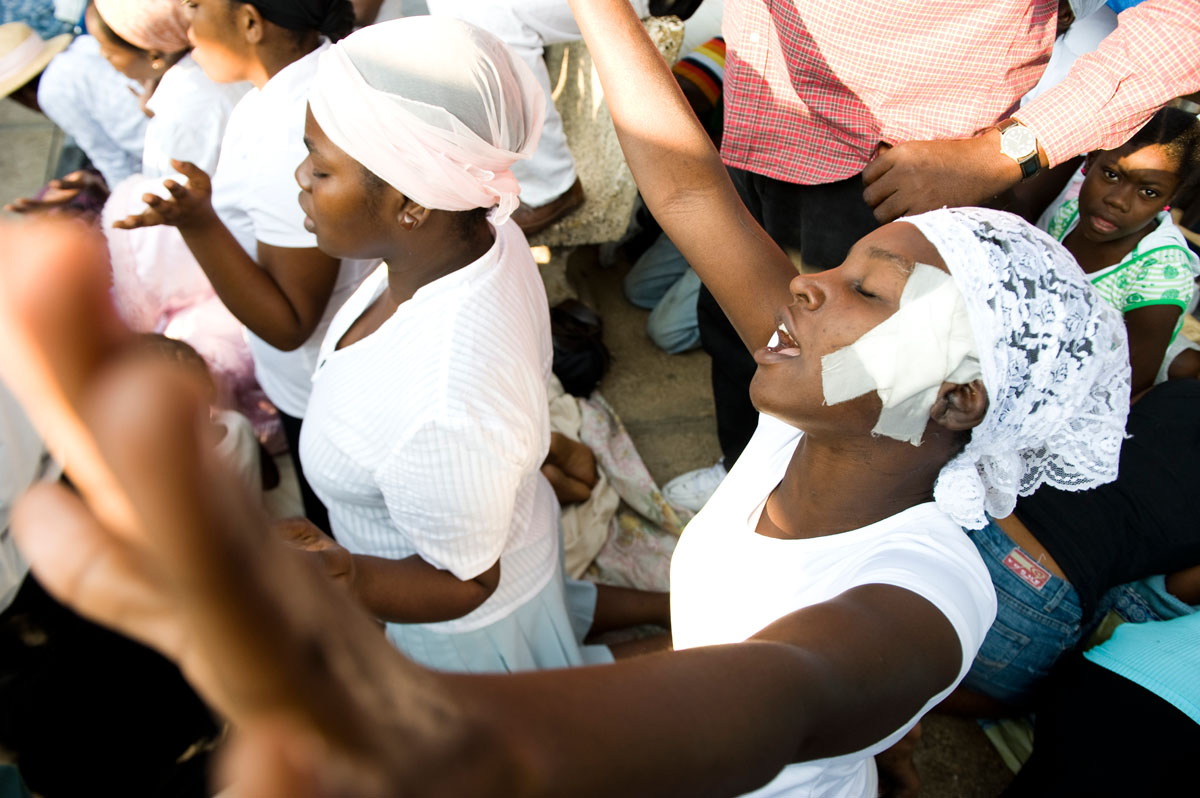 
A woman participates in a prayer vigil in the center of a tent city in Place St. Pierre, marking one month since the devastating earthquake of January 12th. The Haitian government declared February 12th-15th as days of prayer and fasting, as Haitians remember loved ones who were lost during the disaster.