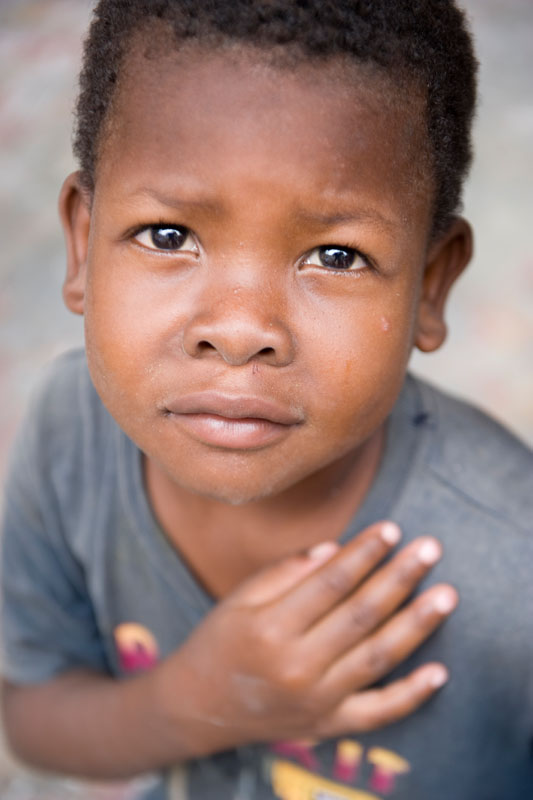 
Henry Mackolene is a neighbor and friend of Francesa Saint-Hubert. Francesa, 6, is Sabine Lorema's niece. They live together, along with five other people, in a rental home in Gonaives. Sabine used to live in the Christ-Roi neighborhood of Port-au-Prince. Her husband, a bus driver, was killed during the January 12th earthquake when a public utility company building collapsed on top of his bus, while he was parked waiting to pick up riders. Sabine is applying to partner with Habitat to build a core house.