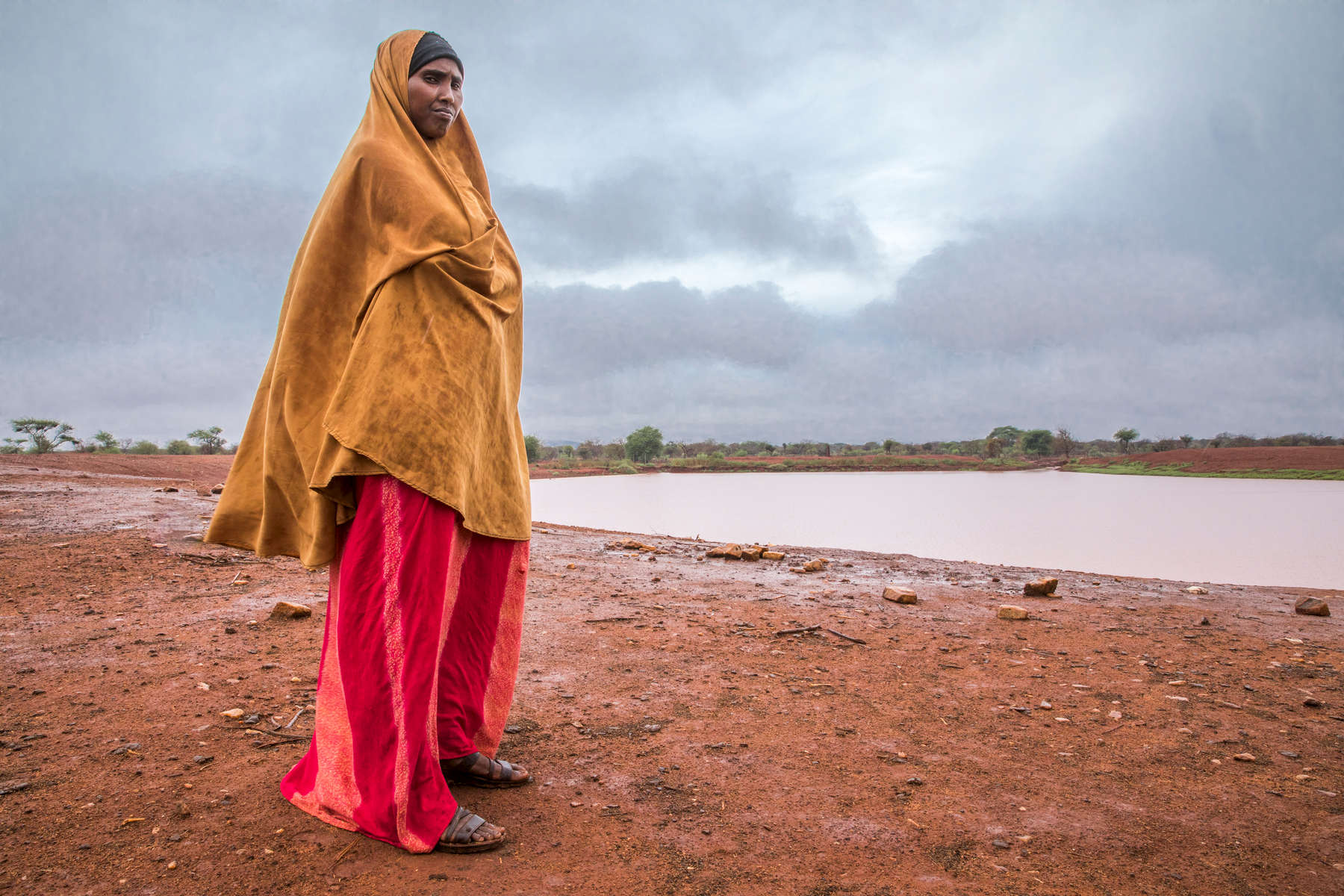 
Kaltuma Sheikh Abdullahi, 30, stares out at a reclaimed reservoir in Anole, a small village about 85 km northeast of Wajir. Mercy Corps helped expand the reservoir so the community could get through the drought that has been punishing the region. Mercy Corps also helped to set up an system to control animal access to the water so to avoid disease and fouling of the water.

With a pastoral economy based on herding livestock, Kaltuma and her neighbors feel every twitch of the climate, and lately, the rains have been all wrong. Previously the rains used to come twice a year: once at the beginning of the year and once at the end. Now the rains are less frequent and lighter. Sometimes it will be two years between rains, and although it had rained the night before Mercy Corps visited the village, turning the packed dirt roads to muddy rivers (the first rain since the end of November), it was only one day, and it’s not enough to do much against a four-year drought. To help communities like Kaltuma's 30 adapt to climate change, Mercy Corps has conducted awareness campaigns on how to protect natural resources.