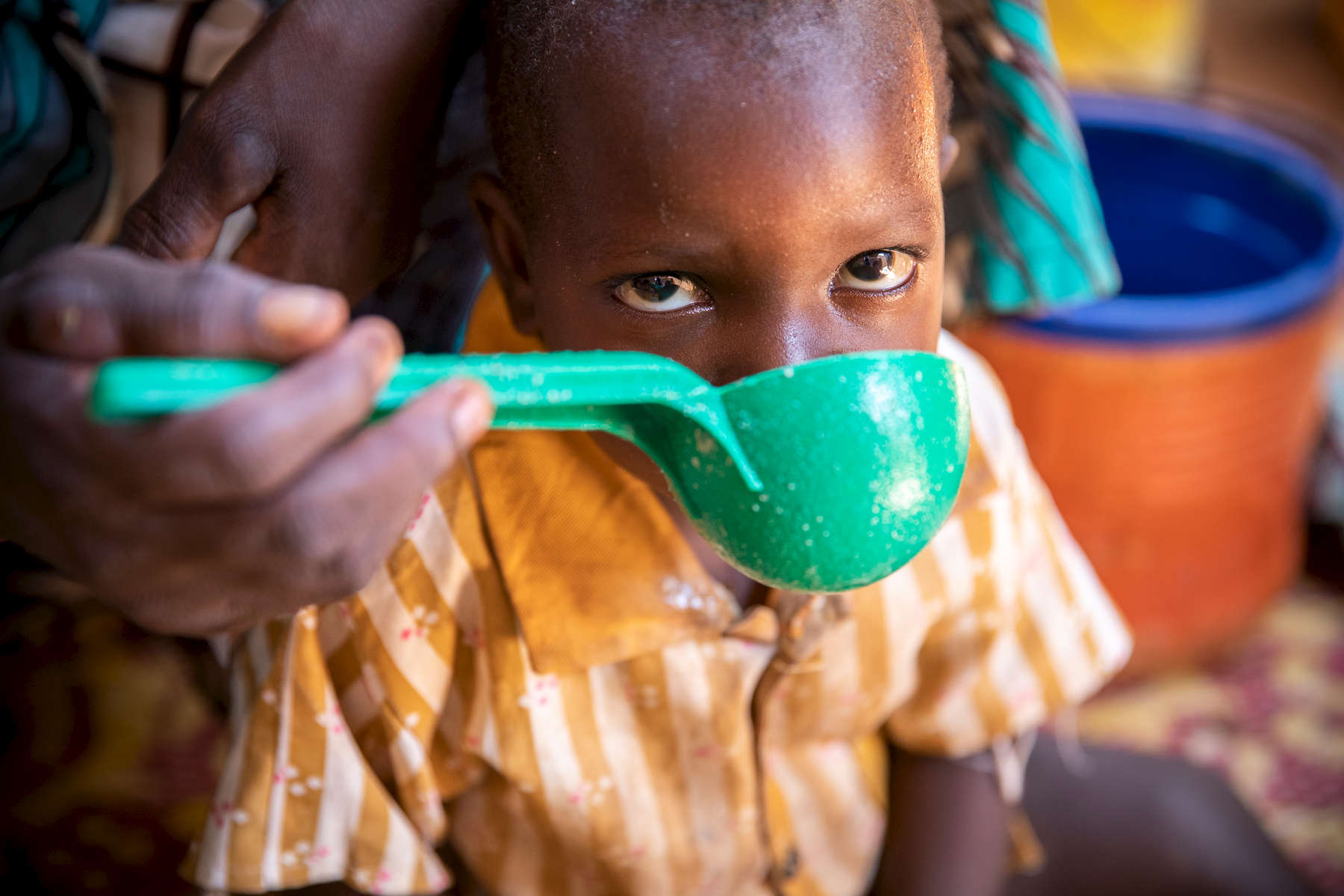 
Halima Issoufou, 26, feeds millet flour gruel to her son Abidoulhaya, 3, outside their rudimentary mud hut in a rural village outside Niger’s capital city, Niamey. Families here rely heavily on agriculture and nearly everyone lives hand-to-mouth. Halima’s family is no exception, and her daily life is not unlike every other woman’s in her village: from sunrise to sunset she works to care for the household, spending most of her time laboring over the day’s next meal. Every day she cleans the home and dishes, collects water and firewood, and pounds millet to make the family’s porridge, an arduous, lengthy process which she finishes just in time to start again. But all this work isn’t enough, and the family often goes without eating — poverty is rife and they are not able to grow enough food to last them the year. “In this area, people’s lives are based on agriculture, which does not answer their needs because of the rain,” Halima explains. “People constantly face drought, and that makes people suffer a lot.”

Between 2014 and 2016, Mercy Corps’ ECOUT program responded, providing them with millet seeds; cash-for-work to restore farmland; goats; and training on agriculture, nutrition and hygiene. While conditions remain harsh and finding enough food is still a daily struggle, the family is still feeling some of the benefits from that program, particularly the hygiene and sanitation training, through which Halima learned to wash her dishes before cooking, and exclusively breastfeed her children for the first six months of life.