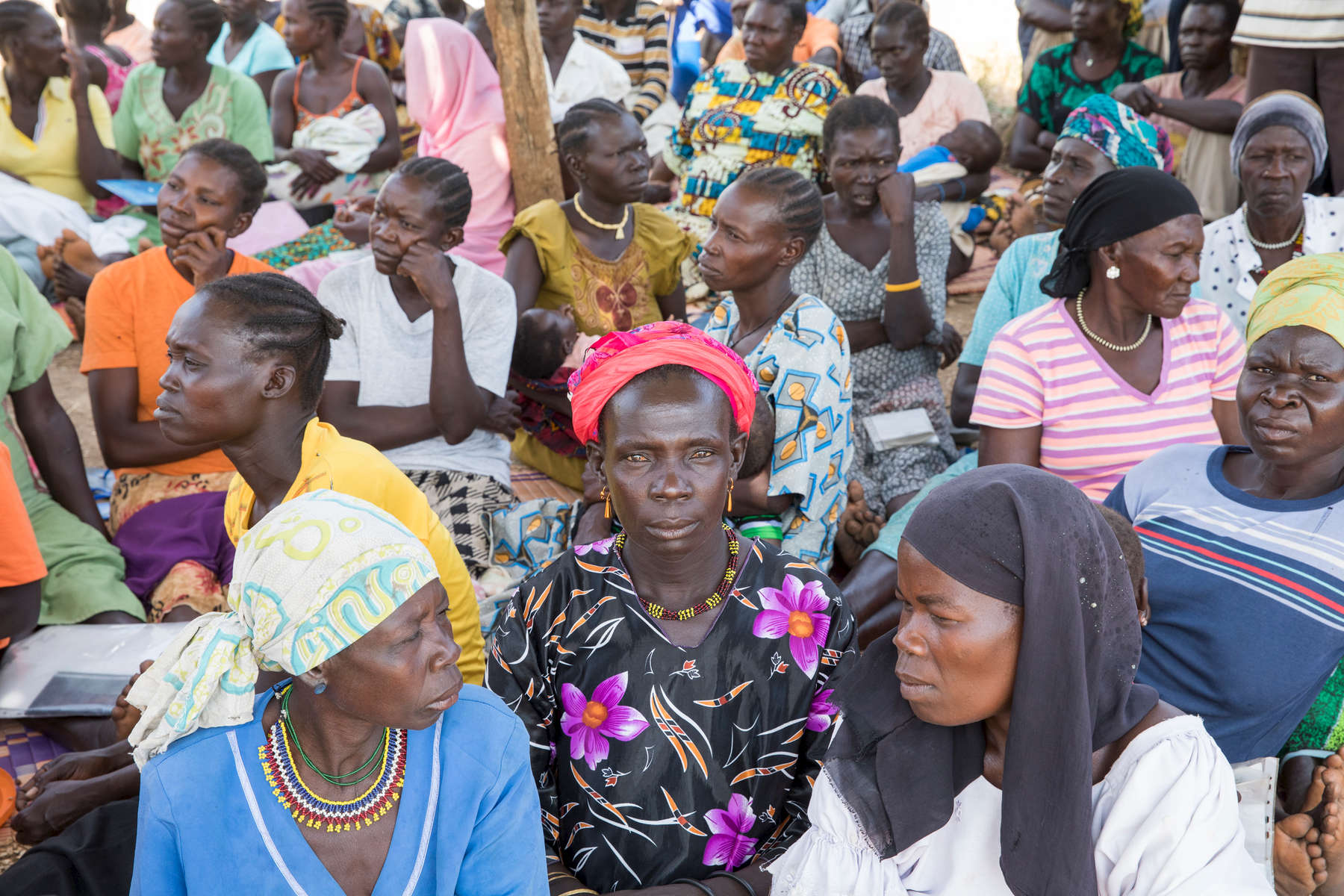 
Apate Amina, 37, waits in line at a Mercy Corps cash distribution. She comes from Kimba, in the Central Equatoria region of South Sudan, and arrived in Bidi Bidi in October 2016. Apate takes care of 12 children, 7 of her own and 7 that belonged to her sister who was killed by stray bullets during the recent conflict. She received a payment of 84,0000 Ugandan shillings from Mercy Corps in December, and will receive another payment in March 2018. All of the refugees who received the cash distribution are members of Mercy Corps-supported farmers groups. The objective of the cash distributions are to help them delay the sales of their harvests, so they can sell their produce at higher prices. If they can delay long enough, they don't have to eat or sell their seeds before the next planting season.