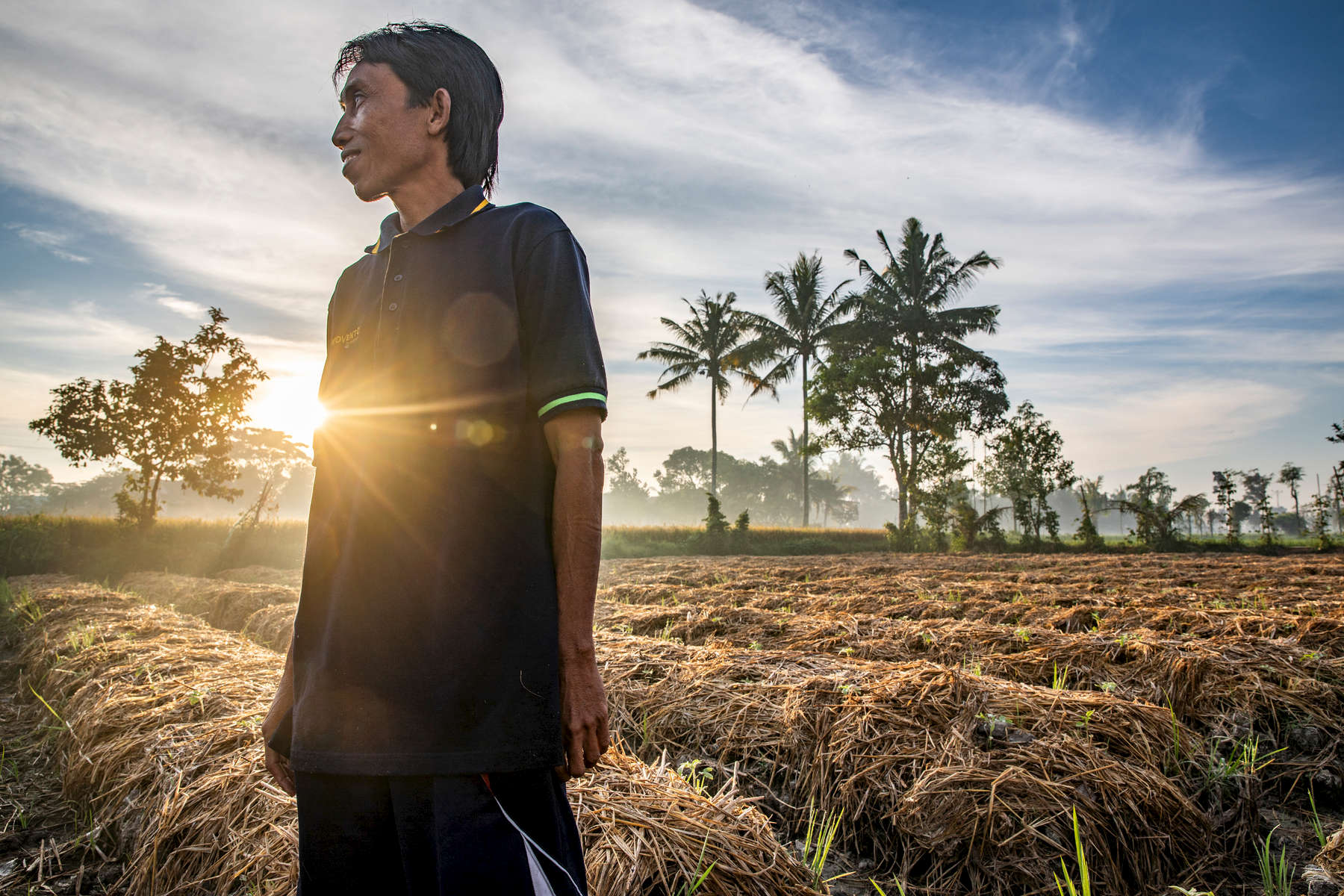 
Pak Sahwil, 42, stands in his vegetable fields. He is a rice farmer on Lombok in eastern Indonesia. Mercy Corps is helping him and the 60 other farmers in his farmers group learn how to grow stronger, heartier crops in the face of worsening drought.

A lifelong farmer on Lombok—and the son of rice farmers—Pak Sahwil can recall the dry seasons as far back as 15 years. As he gets older, he worries about longer droughts causing harvest failure. “Sometimes, climate change causes failure. What I feel the most is a long dry season,” he says.

On Lombok, the dry season is now regularly starting a month earlier and lasting a month longer, leading to dangerous water shortages for farmers. “I’m very worried. Not just for next year, but even for this year. Accessing water is becoming difficult,” Pak Sahwil says.

Mercy Corps has helped Pak Sahwil and the farmers group he mentors endure drought with better farming practices and business training. “Our objective as farmers is to increase our production. Because the Mercy Corps mission is the same as ours, we cooperate. This is a good opportunity, in my opinion,” he says.

Mercy Corps trains farmers like Pak Sahwil to organize local farmers groups where farmers work together and support each other. They also learn to start agribusinesses to supplement their income.

Pak Sahwil also works for the governmental agriculture agency. When he saw how Mercy Corps was improving local farmers, he extended the partnership to other districts. “Because Mercy Corps is successful with my group, I share the knowledge with the group in this village,” he says.