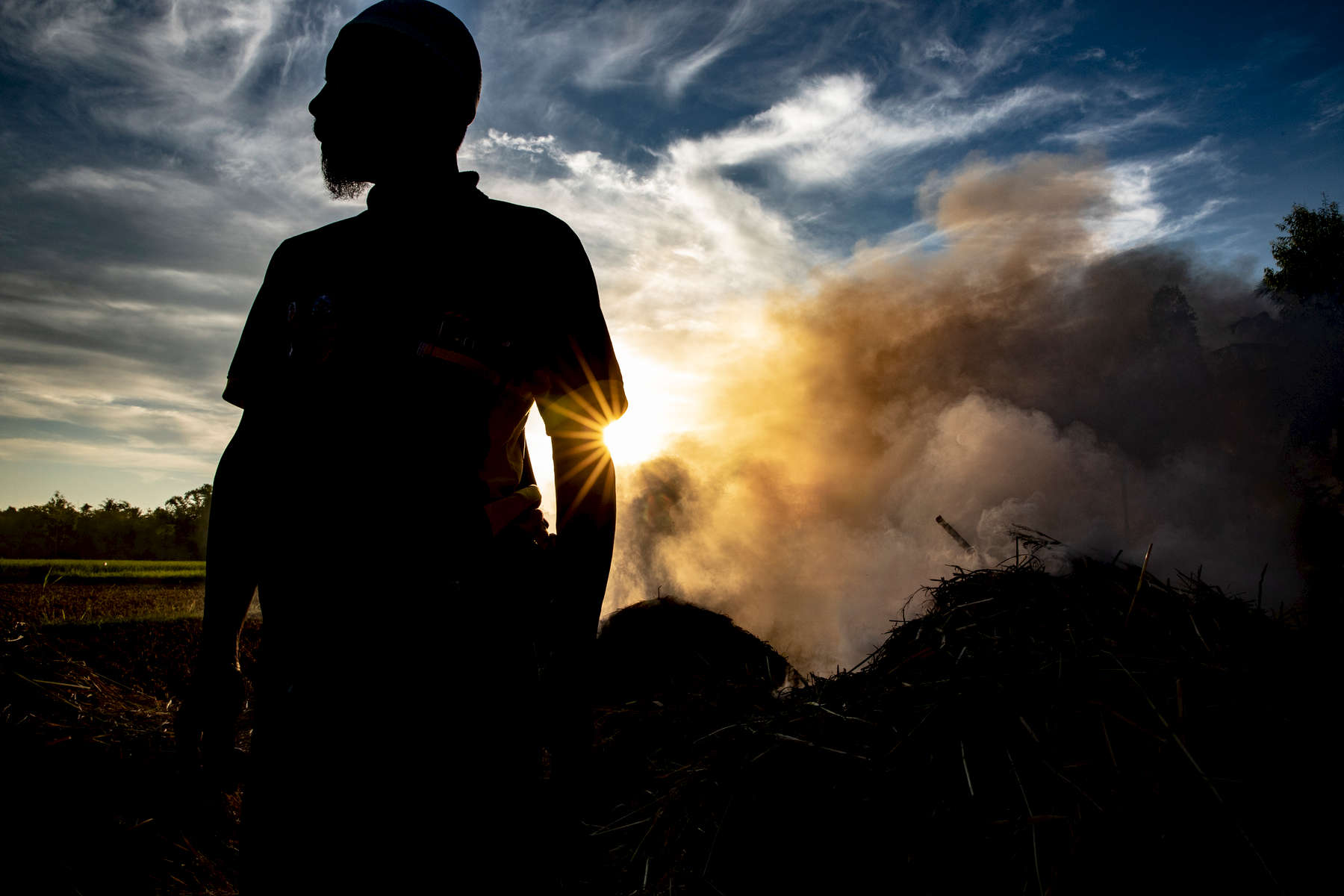 
Muhammad Nuh Gazali, 39, stands among smoke from burning rice chaff at the end of a day of harvesting.

Indonesia’s farmers help feed 249 million people. But climate change is threatening their way of life with longer droughts and erratic rainy seasons that threaten the harvests they rely on.

In Indonesia, climate change is an ever-present reality. The average temperature in Lombok has risen nearly three degrees since 1948, and is predicted to rise another two degrees by 2060—a dangerous reality for farmers who depend on the climate to survive.

Droughts in Lombok can last for months and threaten the precious harvests that farmers rely on. Rainfall in Indonesia has decreased by 3 percent since 1900 and climate change is expected to get worse over the next 50 years.

Lombok is predicted to experience a massive decline in water reserves by 2030, threatening the island’s farmers and the people who rely on their harvests to survive.

In just 20 years, the risk of crop failure due to climate change is expected to double on Lombok.

In one of the world’s most vulnerable places to climate change, Mercy Corps has helped more than 6,000 farmers increase their yields and the incomes that support their families. Over the next three years, Mercy Corps aims to help 20,000 rice farmers in Indonesia increase their incomes by at least 28 percent.

Mercy Corps teaches rice farmers how to select the best seeds to plant and the best time of year to plant them, as well as how to detect and treat disease.