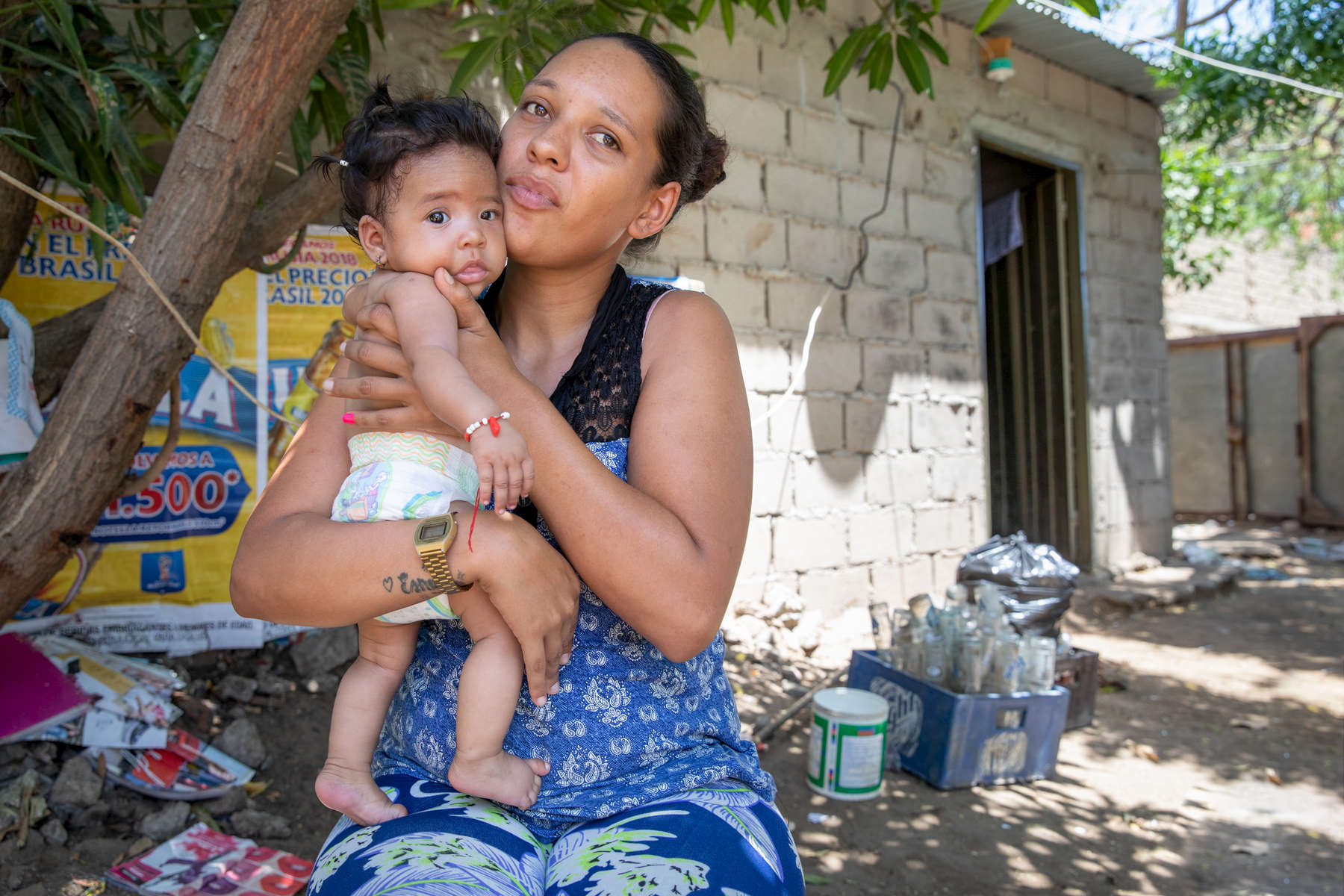 
Ana Maria holds her 3 month-old daughter Fabiola. She was pregnant with Fabiola when the family received a cash disbursement from Mercy Corps, and the money allowed her to get medical care for the birth. They say they would have had no way to go to the hospital without the assistance. The family also purchased essential household items for their shelter.

Ana Maria and her husband Jose Eduardo Monasterio Castañeda withstood the crisis in Venezuela for as long as they could, but when their situation grew so desperate that they were drinking glasses of water for dinner, they made the painful decision to leave their home and seek survival in Colombia. More than 1 million Venezuelans have fled to Colombia, fleeing economic, governmental and social collapse that has plunged the majority of the population into poverty, joblessness and near starvation. Many, like Jose and Ana Maria, are funneling into communities that already struggled with poverty and lack of opportunity, and resources are at a breaking point.

Jose and Ana Maria now live with their five children in a small room at the back of another house along a busy street in Riohacha. They earn money selling small goods and mobile phone minutes on the street where they live, but the income is not enough, and Jose worries about his children’s future.