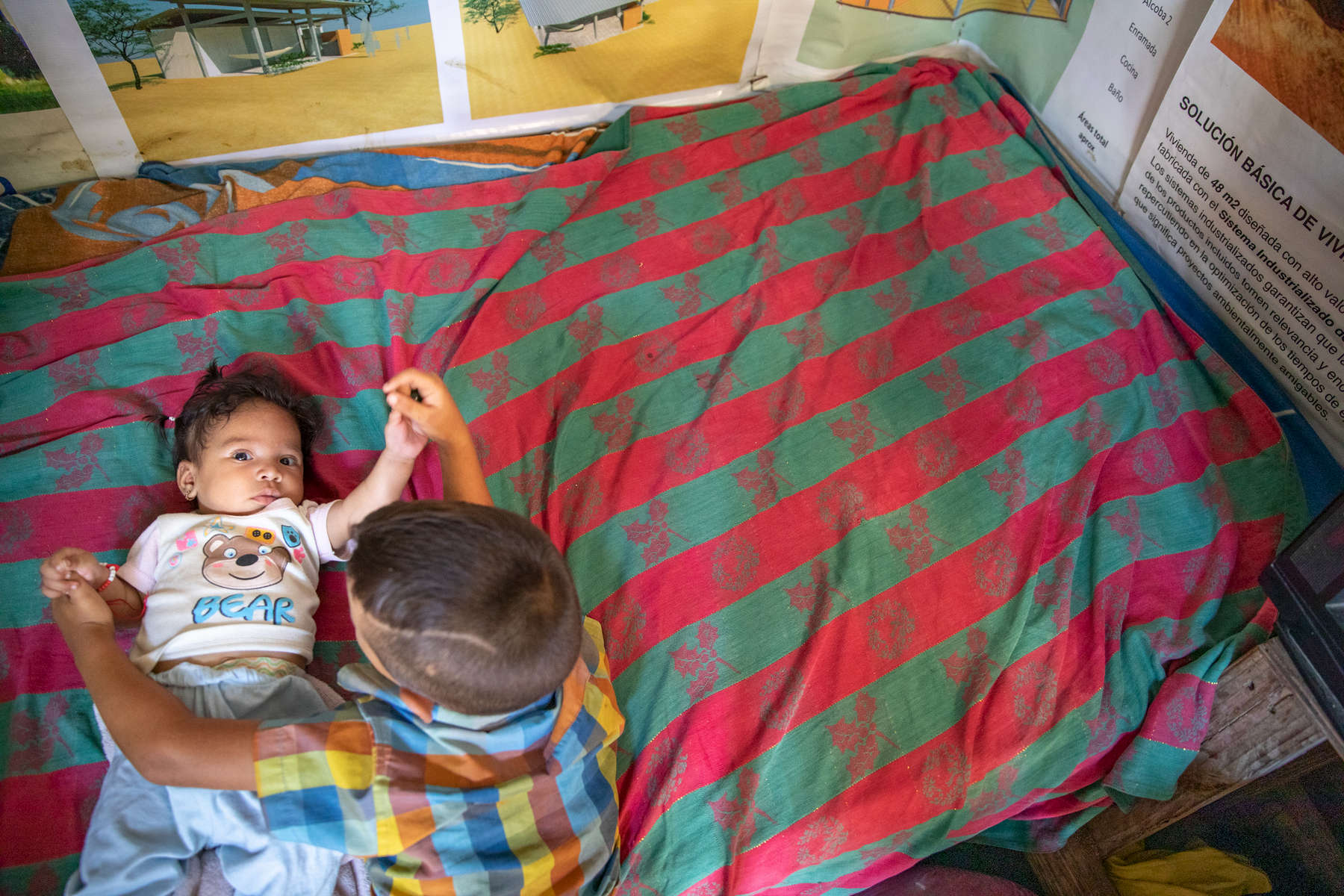 
Eduard, 6, lies on a bed with his 3 month-old sister Fabiola in his family's shack. They live with their three siblings, and parents Jose Eduardo Monasterio Castañeda and Ana Maria. Jose and Ana Maria withstood the crisis in Venezuela for as long as they could, but when their situation grew so desperate that they were drinking glasses of water for dinner, they made the painful decision to leave their home and seek survival in Colombia.