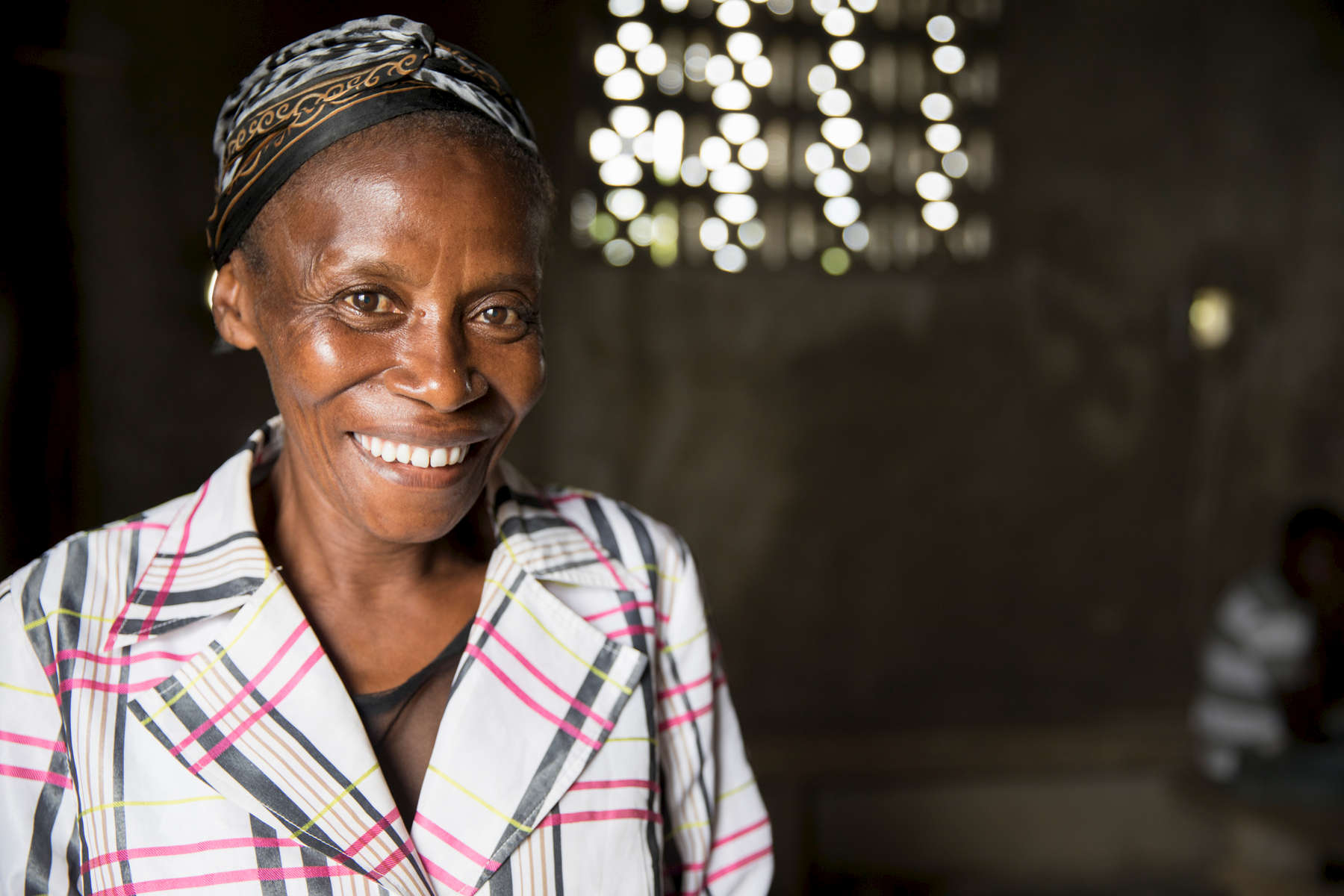 
Neyis Mari Ilomèn, 51, lives with her husband and six children. Hurricane Matthew battered Ilè badly in 2016; some houses were destroyed, some crops were completely lost, and there there were many mudslides. Most of the households in the area suffered between 60-80% loss of their harvest from the storm.

Mercy Corps lent her seeds, as well as money for other agricultural inputs. Our farmer association partners worked with Mercy Corps to design a response that would reinforce the long term capacity building we have been doing and not create dependency on handouts. Mercy Corps provided seeds to the partners, who in turn distributed them to the most vulnerable families, allowing them to replant during the next harvest season. In return, the farmers donated a portion of the seeds from their harvest to the farmer association. Mercy Corps procured silos so the seeds could be stored. This way, through the hurricane season this year, they have seeds in storage as a form of insurance. If they are not needed, the seeds can be sold to help fund the associations to continue providing training and credit to the farmers.