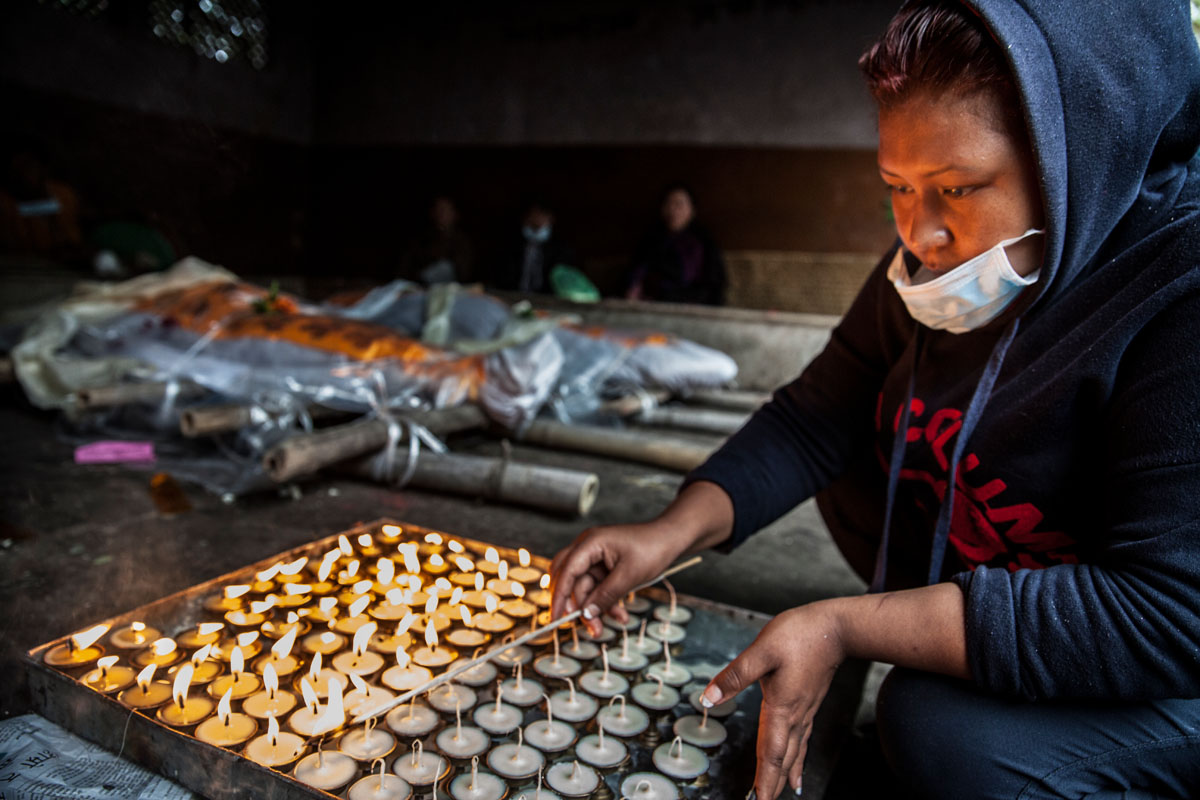 
Family members participate in a Buddhist ceremony before cremating the bodies of a husband and wife, two days after a huge 7.8-magnitude earthquake struck Nepal, and was felt as far as India and Pakistan. A series of aftershocks continued to strike fear into residents, who were sleeping outside in streets and parks for fear of collapsing buildings. The death toll rose to over 8,000.