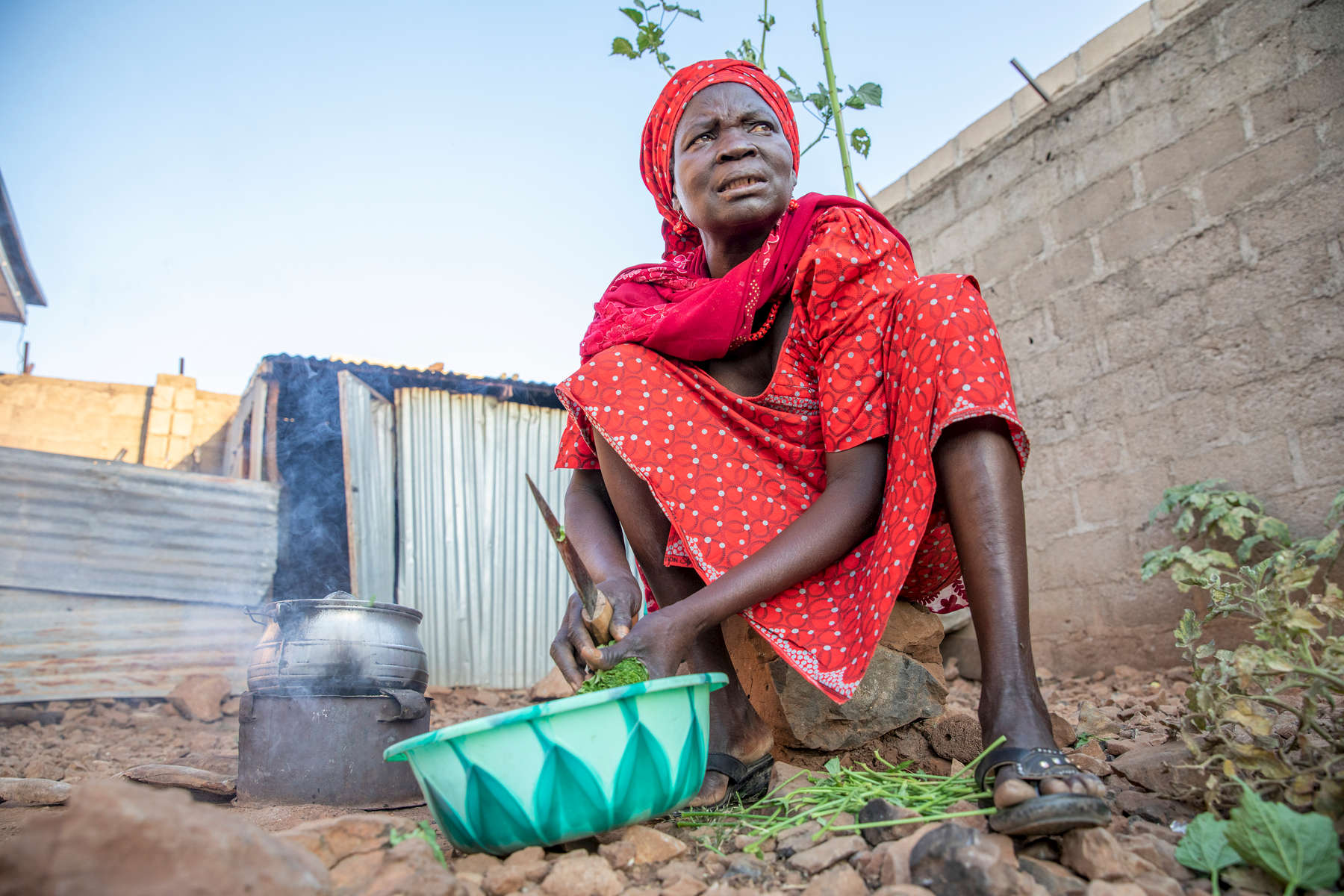 
Jauny Danyaro Mary cooks vegetables in front of her home. She fled a Boko Haram attack in her village four years ago — the group came in the middle of the night, forcing her and her family to run with whatever they were wearing and little else. Her father was shot and killed in the attack; Mary made it to Biu, but her life has been difficult since. Upon arriving, she took in six orphans whose parents had either been killed or could no longer care for them, worrying they wouldn’t have a future if she didn’t. Mary has four biological children as well (one of whom recently passed away), and has struggled immensely to feed them with what she can grow and cultivate herself on land she pays to rent. Without an income, she says she is also at risk of losing their shelter, which she must pay rent on soon.

Mary received emergency food support from Mercy Corps, which fed them for about 10 months, and has since received a livelihood grant as part of the early recovery work implemented as security has improved in Biu. Mary purchased bulk cereals — rice, millet, other grains — to sell from her home in smaller quantities, which she now does one day a week, when she is not at the farm, to earn income. The money helps her purchase food for the children — but the future is still uncertain, and she worries she won’t be able to keep a shelter over their heads.