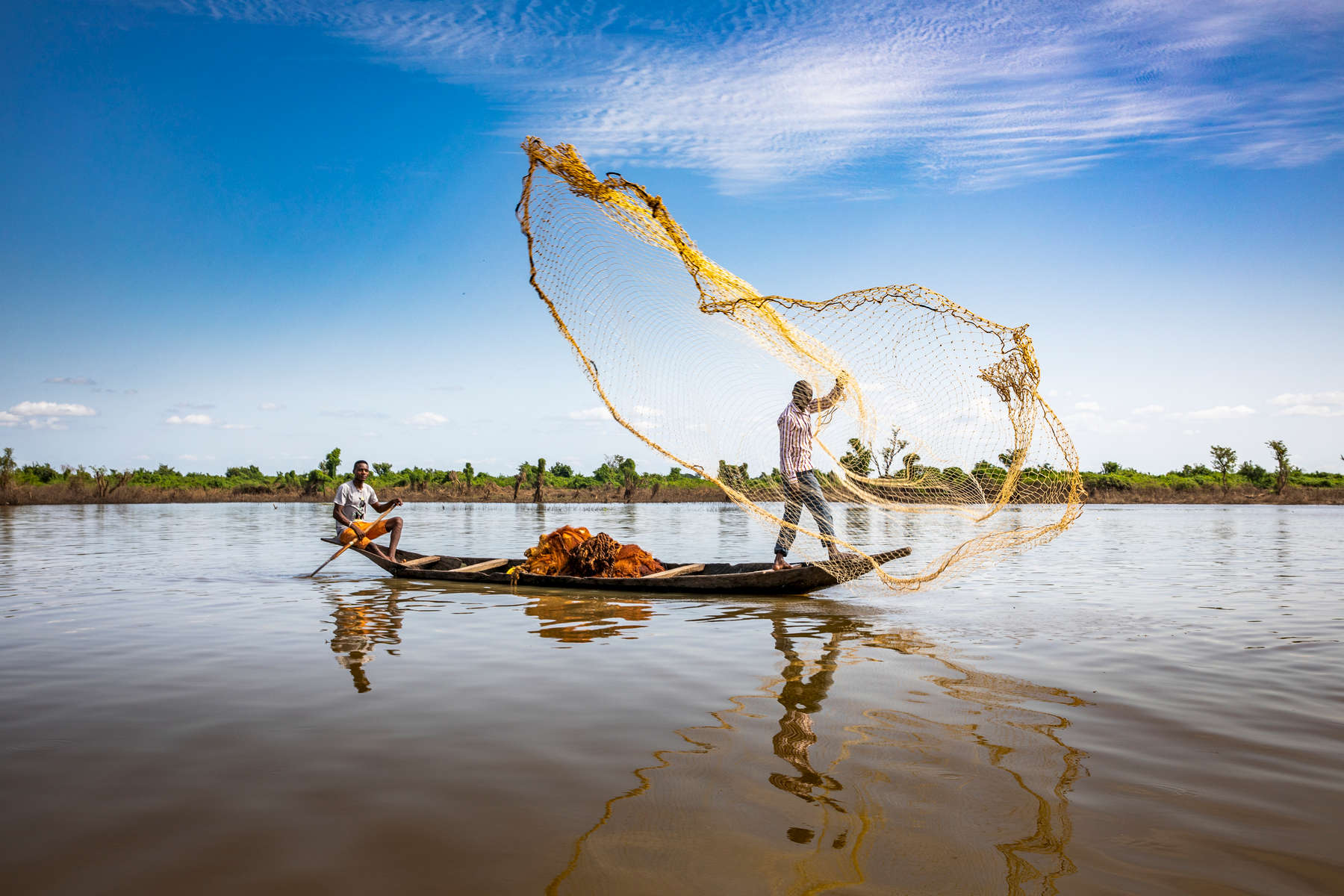 
Moses (striped shirt), a 45 year-old fisherman, and his son Paul, 25, fish on a slow, muddy river near their home.

As a lifelong fisherman, Moses depends on the water to provide food and income for his family. But in an agricultural community where nearly everyone relies on natural resources, competition over land and water can cause tension and even conflict. Fisherman like Moses are often at odds with pastoralists, who bring their animals to the water and can cause contamination.

Conflict between farmers and herders, largely over competition natural resources like land and water, has been ongoing for decades in Nigeria’s “Middle Belt” region, where Tunga is, but it has recently been exacerbated by population growth and the increasing effects of climate change. Across the region, thousands have been killed and more than 300,000 have reportedly been displaced by violence and reprisal attacks this year. Mercy Corps is doing peacebuilding work in the Middle Belt, helping both sides learn conflict-management skills and providing opportunities for peaceful dialogue. Moses participated in a conflict prevention forum — a facilitated dialogue between differing groups that offers a chance for everyone to voice their concerns — and a conflict management training that taught community members how to peacefully work through disagreements. Since then he has mediated several conflicts in his community and has seen even households begin to live more peacefully.