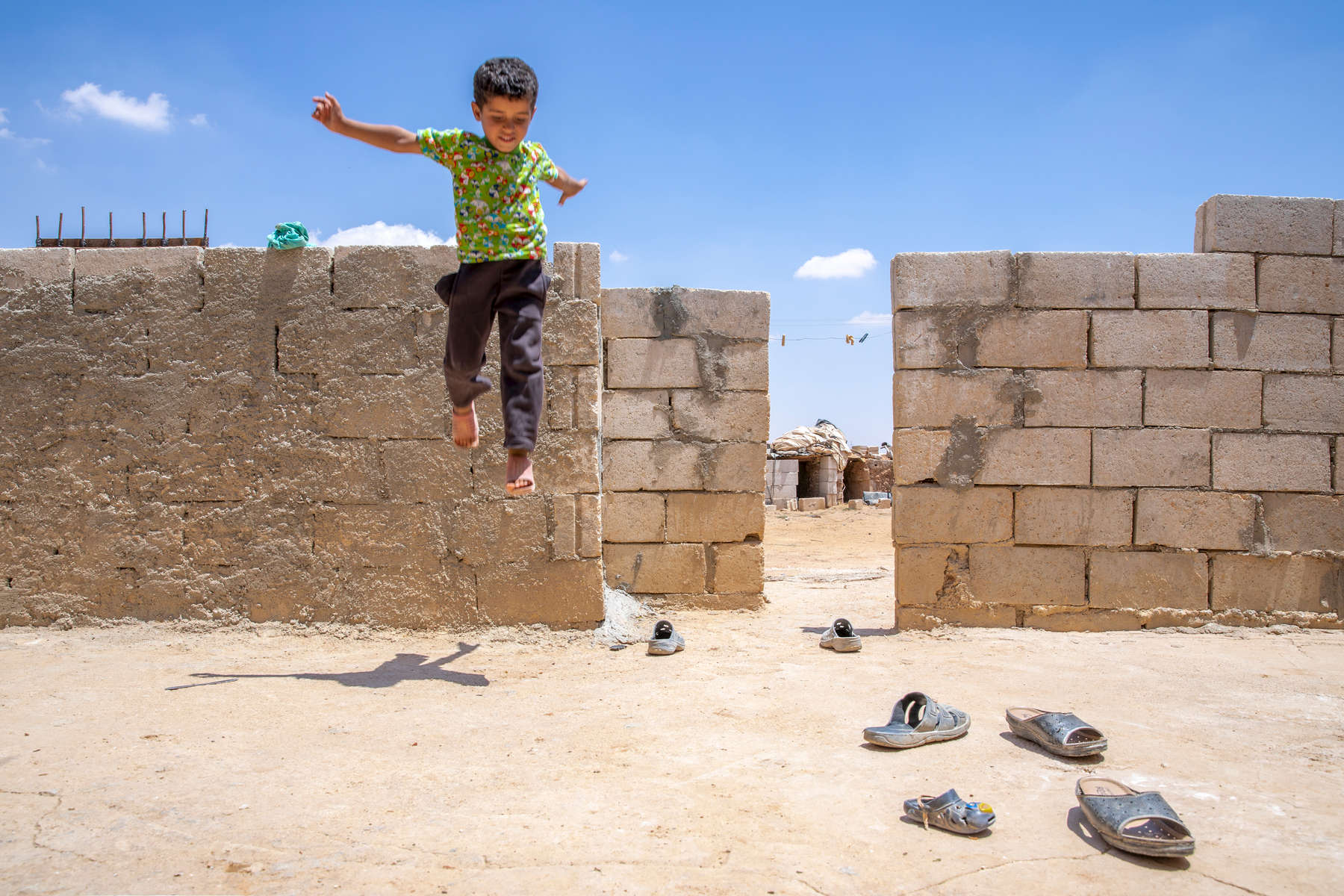 
Ahmad, 10, a Syrian refugee, plays on a wall next to his neighbor's family's goat pen. The neighbors are Maha, 34, and Mohammad, 39, and they are also Syrian refugees. Mohammad has worked on and off in Jordan for several years, but the war in Syria has made it his permanent home—his house in Syria has been burned down. When his wife followed as war closed in, she was placed in Jordan’s Azraq camp but fled after a few weeks. Together, they struggle to provide for their five children, who are out of school.

Maha and Mohammad were separated by the war for more than two years. When they reunited, their daughter, Alala, didn’t recognize him. Today they live together in a small tent in Jordanian desert, trying to scrape together work until peace returns.

A few of Maha and Mohammad’s kids are old enough to remember when war broke out in their town. “My daughter, when the plane came … she started to cry, because she saw, in front of us, the plane carrying out massacres of innocent people,” Maha says.

In Syria, Mohammad and Maha were small farmers raising their kids in peace. But since war forced them from home, now they live as refugees, struggling to cope with what their family has been through. “I swear that when the night comes, and we hear the sound of planes, my body starts to shake out of fear for my sons,” Maha says.

Mercy Corps connected the family to mobile banking, which they use to pay bills and save money on their phones. Their dream today is to continue on to Europe where their kids can continue their educations and live in peace. “I’ve suffered,” Mohammad says. “I don’t want them to suffer like me.”