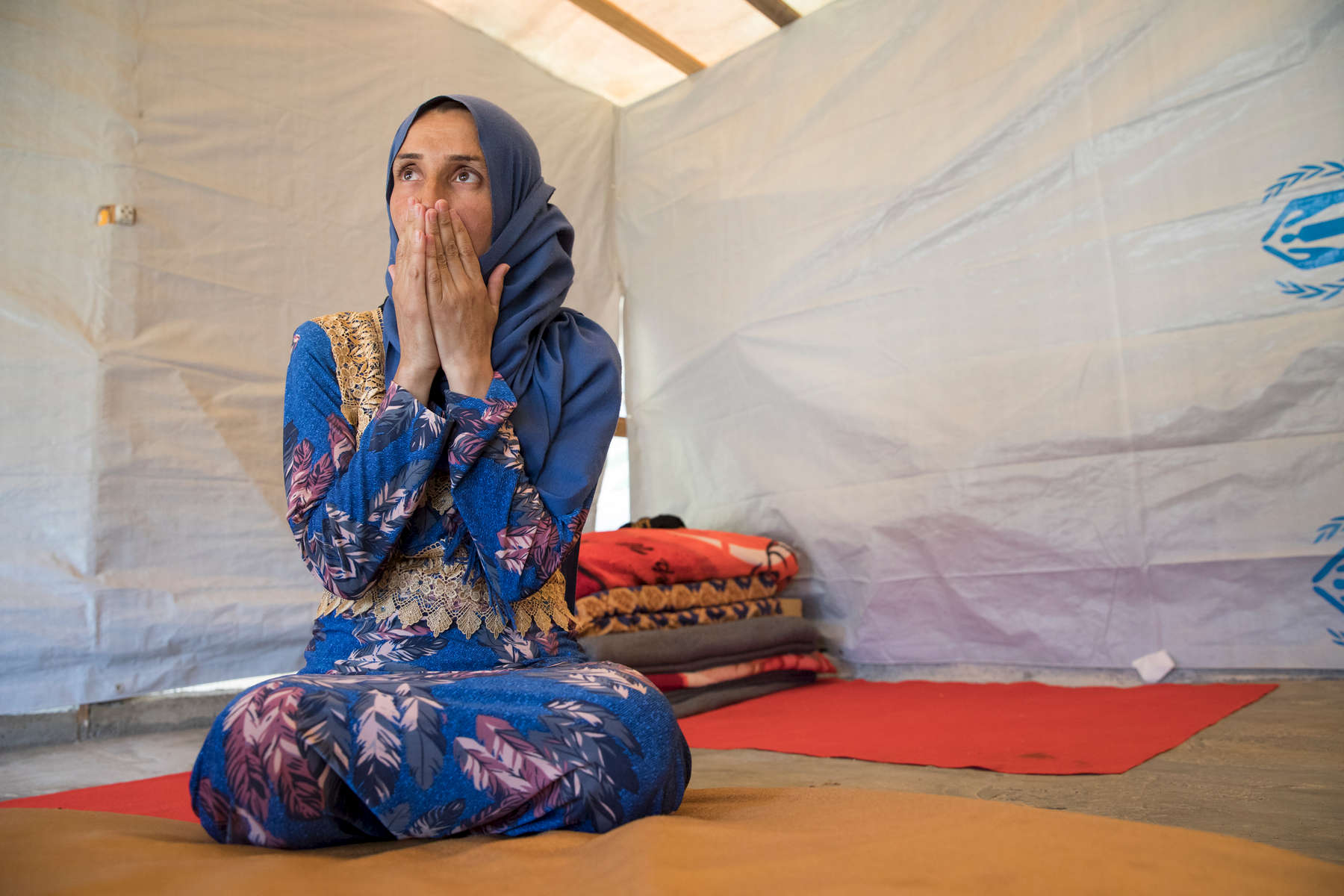 
Iman (26) sits inside her family's shelter in an informal settlement. They fled Raqqa when ISIS took over, almost five years ago. She was displaced in another region of Syria, and made her way to Lebanon about a year ago. Iman is a single mother who benefitted from a cash-for-work program, in which she rehabilitated a community garden with 20 other Lebanese and Syrian people. They cleared the land, planted trees and installed benches. She used her wages to rent shelter for her family.